For a few years with my youngest son and family, we had been looking for a suitable house to have shared but separate living accommodation. After looking at several houses which were not suitable, we decide to view Colsterdale House owned by our friends Andy and Sue Barrett.

I was a little concerned as knowing the property and land that view to Norland had disappeared due to the building of two new houses. There was no cause for concern as our views are not interrupted by the houses, and are as magnificent now as they were some 50 years ago when I was a lad. What we had was, in Andy's Words "a very tired garden and overgrown woodland".

Mr Denny, who build his house to the front and side of Colsterdale House, had spent a substantial amount of landscaping to a very high standard, and I mean a very high standard. So after being introduced to Mr.Richard Jowett, or "Benny" as he has been renamed, we asked what and how he could help us.

We had worked tirelessly chopping, burning and pruning for several weekends to try to get to a workable position. After reaching this stage we had some discussions with Richard Jowett. First was the building of a new drystone boundary wall roughly 40 metres long. Dry Stone walling is a dying art, but to ensure that art is to survive, Richard has recruited an apprentice trained drystone waller, along with his son David, to ensure quality dry stone walling remains within their scope of supply.

With the wall complete, back filling took place some 20 loads to fill in the void. To reshape the garden area and parking space most of the old edging stones were replaced with new to form the new areas.

The next part of the work was to form both a decked sitting area and a safe play area with a 'bark' area for the playhouse, trampoline and slide. For the decked area sollid breezeblocks were laid onto a concrete base to ensure rigidity to the decking construction. To complete this area sample tressle fences were installed to separate the various areas.

Topsoil was next on the agenda. This was offloaded and levelled and raked and raked and levelled again and just prior to final raking, flowers and plants were planted to generate the borders. Again the raking was completed and the new turf laid, this again was turned into an artform by Mr Jowett's men. So the lawn and garden to the front of the house is complete to a very high standfrd, but affordable standard.

"We gave Richard a brief of what we would like and Richard's ideas have surpassed our expectations and captured everything and more that we dreamt of. The front garden will look even more spectacular over the next few months".

"The garden areas to the side and the rear of the house are work in progress at the moment, but mark my word, even at this early stage we believe that these areas will be even more spectacular."

By The Thomas Family

In April 2011, we completed the construction of our new house and for two years, we endured poor workmanship, unreliability and prices which were nowhere near quotation.

We then had to embark on the gardens which covers 0.25 acres and needed substantial landscaping. you can imagine our trepidation about sourcing contractors and actually getting the work sorted.

Well along came Jowett & Son, a family run business who arrived when they said they would, to discuss your requirements.

Immediately, they filled us with ideas about what to do with our land and how to control costs. At once we were excited but also concerned about costing, timescales and deliverability.

Within days we had a design, quotation and start date.

Whilst we had heard all sell from previous contractors, were please with their approach and confidence, gave them the job.

What a refreshing change to have a contractor who turned up before 8am and who didn't leave until after six, yes, including Fridays.

All of the team were pleasant and well mannered, helpful and showed the utmost respect for us and our property. No job was too small; no alteration was too much trouble and advice was given at all times, especially when we were going in the wrong direction.

The workmanship is excellent; the end product is absolutely magnificent. Please feel free to come and look at what they did for us.

They are the complete packages and we have recommended them to everyone.

Our garden has been transformed by Richard, David and their team with a solution to every design or planting challenge found. The hard landscaping is brilliant and we love the fact that a lot of the stone materials are recycled.

Over a number of years we have created a garden pond, beautiful terracing and planting to our sloped garden and paths and patios to make it a place to enjoy at any time of day. Making our garden has been partnership.

We now use the reliable maintenance team to keep the garden in shape and us free to enjoy it all. They even do the tree maintenance! I have recommended them to friends who have used them for projects and a couple of them also now have them to help maintain their garden. 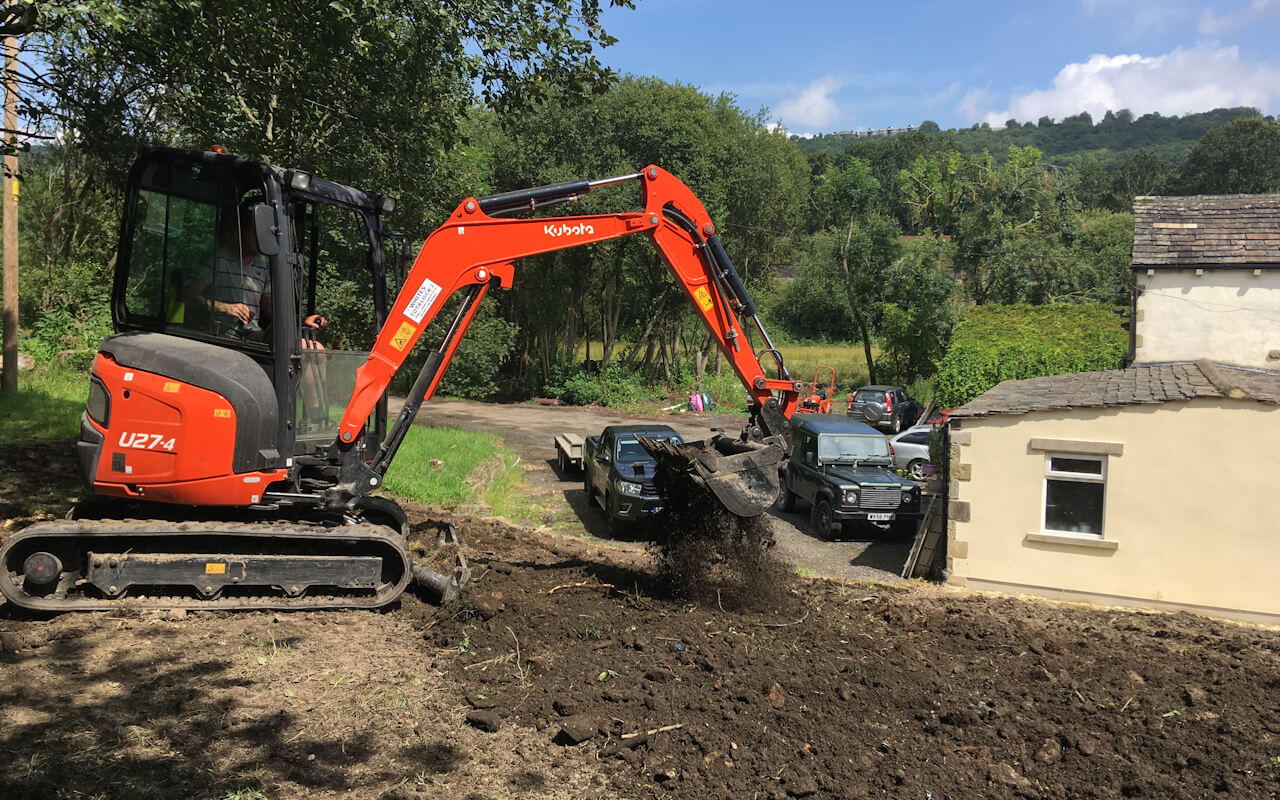 We cover all aspects of groundworks our services are available to both residential and commercial clients. Our company has vast experience and knowledge in supplying groundworks and are pleased to provide a range of services to our customers. 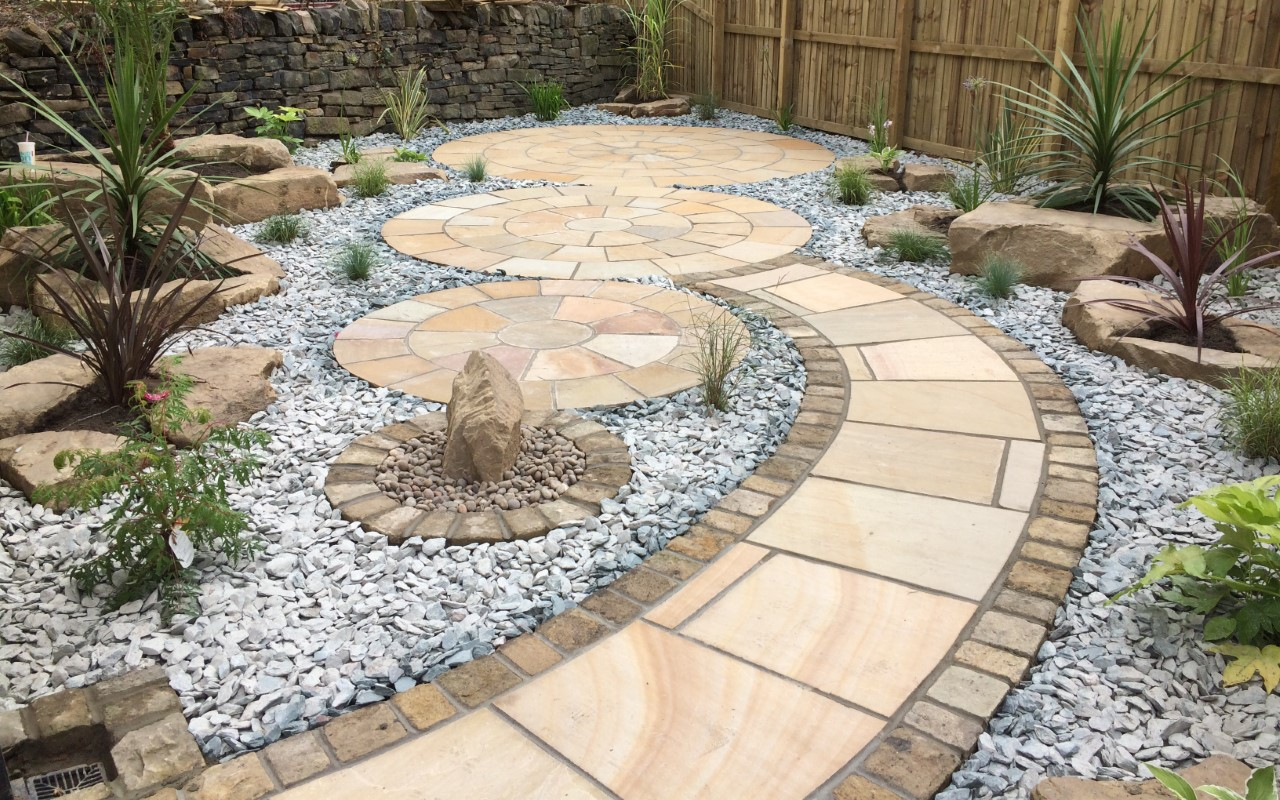